Get Your Tickets to See Kinderhook!

Get your tickets to see Kinderhook "out back" at Bernie's in Chester, NJ!

Tickets are $15 in advance

The show will be "BYOE" (Bring Your Own Everything i.e. chairs & food) - except booze which will be available for sale

For further information about the show, email joehirsh@msn.com. 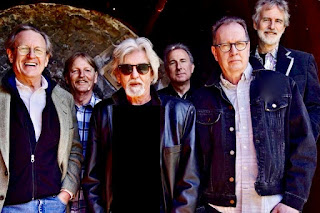 Twenty years after his death, Vincent Price still commands the attention of generations of horror movie fans, with one in particular: Vincent's grandson, Jody. 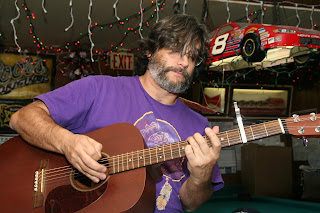 Vincent, a Yale graduate, began by playing the straight man, the lead, but “he fell into horror movies,” said New Jersey resident Jody Price of his grandfather. “He loved camp.”

Born in St. Louis in 1911, Vincent’s first on-screen appearance was 75 years ago as the romantic lead in1938’s “Service de Luxe,” a role far from the face of classic horror he would soon become. It was three years later that his first plunge into sci-fi and horror hit the screens, a movie called “The Invisible Man Returns.”

This led to roles in dozens of iconic movies, from the original versions of “The Fly” (60th anniversary marked this year) and “House of Wax” (55th anniversary), as well as a series of Edgar Allen Poe film adaptations.

For children of the ‘80s, he can be recognized opposite Johnny Depp as the inventor in “Edward Scissorhands” and as the speaker in Michael Jackson’s highly acclaimed “Thriller.”

But Jody’s favorites have always been “The House on Haunted Hill,” which terrified his brother for a full month as kids, and “The Conquerer Worm,” in which his grandfather is hacked to bits with an axe.

“For someone who was not an A-list star, his impact was amazing,” he said.

His name is even tied now to a Facebook fan page, where generation and nation-crossing fans share their favorite Vincent Price moments.

But Vincent Price not only enjoyed playing the horror roles that made him famous, Jody said, but his guest appearances on kids’ TV, from animated guest spots on “Scooby Doo” to the recurring role of Egghead on the ‘60s Batman series. He also had a short but hilarious bit on “The Muppet Show” in which Kermit turns into a vampire.

Jody is a computer programmer and locally-renowned acoustic guitarist who had his own piece of national fame in a 1999 Simpsons episode after that year's Super Bowl in which the ghost of Vincent Price tells Marge Simpson that his grandson, Jody, will deliver the missing piece of a celebrity craft kit. As a musical performer, Jody frequently entertains crowds at restaurants and special events.

But Jody’s fondest memories of his grandfather are not film-related.

He remembers his grandfather as the opposite of the often-evil characters he played, as a life- and art-loving man who had an affinity for storytelling and cooking. When out to dinner with his family, Vincent Price would ask autograph seekers to please wait until after they had eaten. When Jody graduated from Newark Academy in 1980, it was Vincent Price who was the keynote speaker.

Always a champion for education and the arts, it is his personal fine art pieces that are on permanent display at East Los Angeles College’s Vincent Price Art Museum.

Jody enjoys talking with Vincent Price and horror movie fans, reminiscing about films and personal memories alike. He is available to speak at colleges, symposiums, celebrations, or any horror-related event.
No comments: